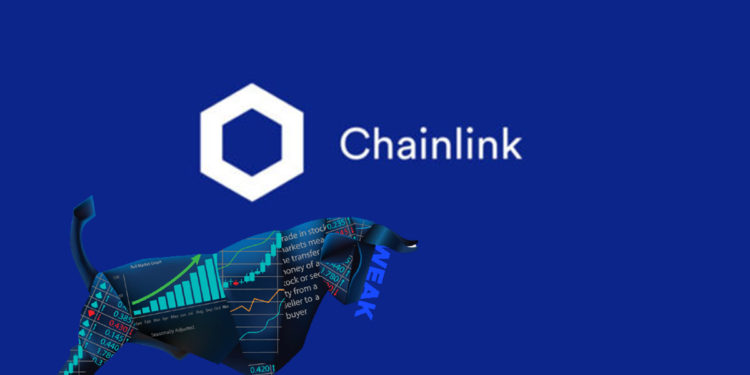 The weekly chart highlights the bullish performance given by Chainlink from the past week. The price levels touched the major support level of $9.80 during the downturn which helped the cryptoasset to have a positive bump again. With the help of significant bullish sentiments entering the market during the previous week, the bulls were able to beat the major resistance level of $11.00 and gained significant positive momentum thereafter. During the past few days, the price levels were targeting to reclaim the crucial level of $13.00 but failed as the significance of bears gradually increased in the overall market conditions.

The technical chart reflects on the downtrend faced by Chainlink during the past month which is later followed by significant price recovery action this month. The retracement table indicates that the major resistance is placed at 0.618fib level which the bulls are unable to beat. However, the price levels must be looking for sustainability above 0.5fib level. Any downfall below the 0.5fib level will indicate a strong bearish momentum upcoming for the cryptoasset further ahead in the market.

The relative strength index (RSI) levels are in declining mode with the current level of 54.12.

The directional movement index (DMI) has started to show negative nature as ADX slips to 29.72 and continues to decline.

The moving average convergence and divergence (MACD) had a bearish crossover indicating more negative momentum to come for the price levels.

How Far Will The Price Corrections Go For Chainlink?

The technical levels suggest that the next major support level for Chainlink is placed at $11.50. However, if the bulls are able to enter the overall market conditions, the cryptoasset can prevent the downfall from the support level.

Vasu Singhal is a management student and a stock market trader. He believes that investment avenues and opportunities are very diversified. Therefore, he has an interest in blockchain technology too. He likes to evaluate best investments available in the financial market with showcasing the required skills.