Ethereum 2.0 Launch Likely to get Postponed 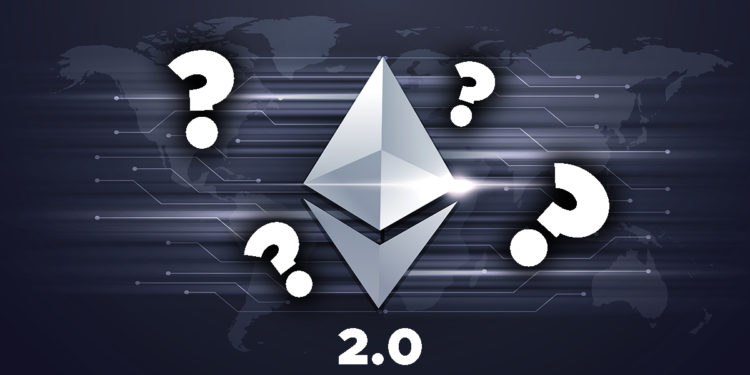 Danny Ryan, the developer of Ethereum 2.0, in an official announcement on November 4, 2020, gave a quick update of releasing v1.0 spec for ETH 2.0, which has a mainnet deposit contact address. According to the announcement, the investors have to invest a minimum stake of 32 ETH to participate in it. Though ETH 2.0 is scheduled for December 1, the real deadline is on November 24. This is because the deposit contract for ETH 2.0 needed is 524,288 ETH prior to seven days before the launch, but the actually obtained deposit is 112,224 as of now, according to Dune Analytics.

The initial deposits looked positive, which resulted in about $14,000 ETH worth of around $5M in just the first eight hours. Achieving the target of 524,288 ETH from 16,384 validators is set as the trigger for mainnet known as beacon chain, which then confirms the launch date after seven days. The analytics reveals that only 3605 transactions from 559 single depositors have been made.

Will Ethereum 2.0 launch meet the deadline?

With the data received above, it is difficult for them to reach the proposed deadline as still about 80% of ETH is needed in just four days. So the launch is expected to happen post this month, seven days from the target achieved date, hopefully in the early weeks of 2021. Ben Edgington, the lead product owner at ConsenSys, said that thinking positively, the speed of deposits may increase as it nears the cut-off date. He also added that even if there is a delay in launch, he is expecting it to be a short delay.

What restricts the investors?

As said above, only by investing 32 ETH they could be a part of ETH 2.0 Beacon Chain Deployment and can avail the rewards. Qiao Wang, an investor, said that insufficient incentives are the foremost reason for the lack of participants. They must avail some attractive incentives to encourage investors. Launching the project within a short duration due to pressures can also be considered as a reason. Some investors need time to plan accordingly.

However, some alternatives have been suggested to increase the number of investors. It includes a yEarn developer 2.0 vault to allow investors to actively participate. Darma Capital is helping the investors with the loan.