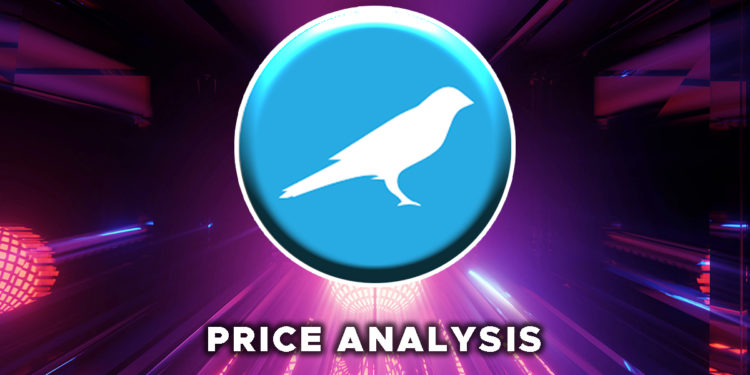 On the weekly chart, Kusama was struggling between the resistance and support zones. The price went down at $45.03 on 24th of December due to the coin’s heavy selling. By breaking above the resistance zones created in the past, the price went again up to $56.03 on the 28th of December. With an overall return of 21.76% to its investors within four days. The KSM/BTC pair is in the positive trend with a value of 0.00208894 BTC (21.57%)

If we dive into the weekly chart’s 15-minute time frame, a Belt-hold bullish candle is formed indicating that the coin is gearing up for positive momentum.

The 200 days Simple Moving Average (SMA) also got a breakout by the coin’s current price levels, which indicates that the coin is in a positive direction by breaking above the SMA value of $52.48.

While looking at the Supertrend indicator, it indicated a buying signal on the 27th of December at a price value of $48.96. The coin is still in a Bullish trend; we cannot see any trend reversal until now.

The Moving Average Convergence Divergence (MACD) Indicated a bullish intersection over the signal line on 27th of December. This indicated a buying signal in the coin. The histogram also started to form green bars after the crossover of MACD.

Meanwhile, the Relative Strength Index (RSI) with a value of 65 indicates that the coin is in a positive trend. It also formed an ascending parallel channel from 27th of December. It went up from the value of 38 to 65.

Kusama(KSM) is currently above its 200-SMA testing its resistance zones with a negative trend from last week, and now can be in a bullish phase. If it breaks above the resistance level, we can further see a bullish trend in the upcoming year of 2021 till the target of $60.