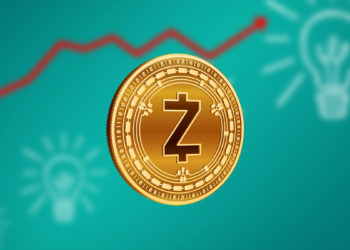 Zcash prices has made a triangle pattern on the charts, taking support from the previous high of $90. Zcash may give a triangle breakout in the upcoming days, for surging further towards the all-time high of $118. The market cap and 24 hour volume are $995,918,981 and $175,549,523 respectively.

Zcash Price Preparing For A Launch

Zcash prices are currently testing the support of $90, made from the previous high. The coin has also made a triangle pattern, consisting of a diagonal resistance, one diagonal support, and horizontal support.

The volumes have significantly dropped, suggesting indecisiveness among the participants. A surge in volume from this level is a confirmation for breakouts or breakdowns.

The Bollinger Bands are directed sideways but are still wide open. For a strong momentum, volatility should decline ideally, for which the coin should be consolidated for some time.

The RSI is at 52 levels, a neutral territory. If the RSI rises above 55, it can trigger a bull run, while a decline below 45 can throw the coin in the bears’ hands.

The MACD is creating divergence but on the bearish side. A bearish divergence can bring consolidation or possible upside for the underlying asset.

The ADX has declined from 40 to 30 zone, indicating a possible consolidation in the coin. DI+ and DI- are at 20.14 and 19.14, inferring an absence of dramatic buying or selling pressure for causing a breakout or breakdown in the market.

Zcash price has reached a strong support zone of $75-$90 and has made a triangle pattern that can push the coin towards either side by 30%. The coin can see a possible downside if the coin plunges beyond $75.