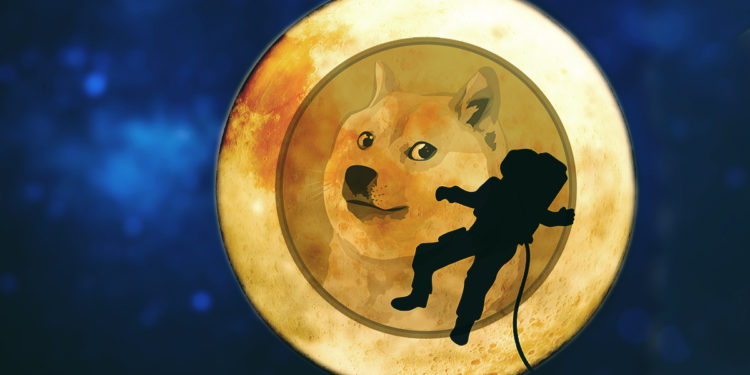 Influential Elon Musk tweets a joke about Dogecoin referring to a scene from the movie ‘The Lion King!’ where Mufasa declares his new descendant and the king of Jungle as Simba.

Similarly, Musk fabricates Dogecoin as the King of Crypto Space posts a series of tweets on ‘DOGE’.

Dogecoin is the people’s crypto! Musk tells people to not hurry for owning the asset.

By the series of tweets investors of Dogecoin took this as support in coin and suddenly can see a spike in price levels during Thursday’s trading session.

The technical chart of Dogecoin highlights a positive trend. In contrast, Dogecoin price is at $0.05787. According to pivot points, the critical support level for DOGE is placed at $01267. Whereas if it moves up, the key resistance levels to watch is $0.08383. While diving into the weekly chart of 15-minute time-frame, it completes an upside gap three methods candlestick pattern, indicating the bulls have overwhelmed the bears and are now in control.

SMA-200, price is at $0.02001, which acts as another strong support in the coin. The price is above the SMA, and investors can expect a bullish trend in the coin.

MACD indicator (Bullish), no bearish crossover signal line spotted on February 04, 2021, indicated a buy signal in the coin during the trading session. Also, it denotes the green bars on Histogram.

Meanwhile, the RSI indicator (Overbought) with a value of 75.23 indicates a strong buy signal in the coin. One can observe a decrease in value in upcoming trading sessions.

The Dogecoin price went up to 76.52% on Wednesday’s trading session. The price pumped up once again due to the tweets of Musk. Investors may expect Dogecoin to get dumped. This can be taken as a pure example of a pump and dump, where the price of any coin or stock is manipulated. These scenarios often lead to several retail investors getting trapped in the vicious cycle of market manipulation. All technical indicators suggest an overbought signal in the coin.

Elon Musk later tweeted that next time we shall try a pull up method. This may indicate that a similar scenario of price rise can be witnessed in the future.But will that we be for the DOGE or any other token wasn’t cleared by the billionaire as he has a nag for pulling stunts like this.