With The Fall in Tesla’s Shares, Elon Musk Losses His Position As The World’s Richest Person 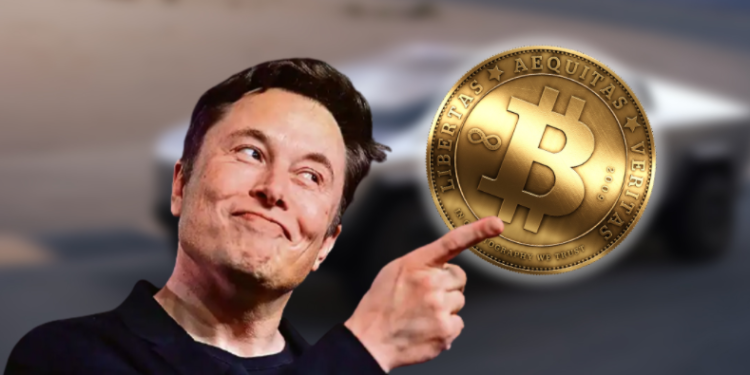 • The electric carmaker’s CEO, Elon Musk, lost $15.2 billion of his net worth

• With a net worth of $186.3 billion, Jeff Bezos became the World’s richest person

Elon Musk, CEO and Founder of Tesla, lost his richest man’s position to Jeff Bezos, CEO and Amazon founder. On Monday, Tesla Inc. encountered a sharp decline of 8.55% from its shares which is the biggest drop since September 23, 2020, when they lost 10.34% of shares. The fall of Monday wiped $15.2 billion from Elon’s net worth. Elon Musk has been the largest supporter of cryptocurrency. Over the past few weeks, investment by Tesla and tweets by Elon boosted the price of Bitcoin. However, one of his recent tweets that stated Bitcoin and Ether’s price does seem high made him lose billions of his fortune.

Only two weeks ago, Tesla announced its investment of $1.5 billion in Bitcoin. Tesla also said that it would accept payments in exchange for its products. The hashtag #bitcoin in Elon Musk’s Twitter bio escalated the price of Bitcoin by almost 20% at that time. Due to these transactions, Tesla’s market value raised to over one trillion for the first time. On Sunday, Bitcoin even crossed its dollar value of %58,000.

However, on February 22, there was a sharp decline of over 8% in the price of Bitcoin. While the price is still 500% high over the past year, this brought bitcoin’s value below $50,000 and with this, Musk lost his position as the World’s richest man in Bloomberg’s Billionaires Index and became second with a net worth of $183.4 billion after Jeff Bezos whose net worth also fell by 3.7% to $186.73. So, not only for Musk but the past few hours has been depressing for many World’s Richie rich as they were affected by market fall on Monday in some or the other way.

The fall in Tesla’s shares was partly fuelled by Elon Musk’s message on his favoured medium Twitter – about bitcoin – that price of Bitcoin and rival Ether “do seem high”. The tweet was made just after two weeks of the announcement by Tesla that it has added $1.5 billion in Bitcoin. Due to this, analysts say that the share price of Tesla is now tied to the value of Bitcoin.

Elon Musk’s also tweeted earlier on Monday that the company’s Model Y Standard Range SUV would still be available “off the menu,” backing up reports from Electrek that the model had been removed from its online configurator.

Musk overtook Bezos to become the richest person after his rocket company, SpaceX, encountered a hike of 60% from August and valued at $74 billion after the raise of $850 million. Maybe the fall of Tesla is temporary and might regain its value in future, but for now, Jeff Bezos, despite the fall, is the World’s richest person.