Bitcoin Cash Price Analysis: Is It The Bitcoin Version Of Cash? 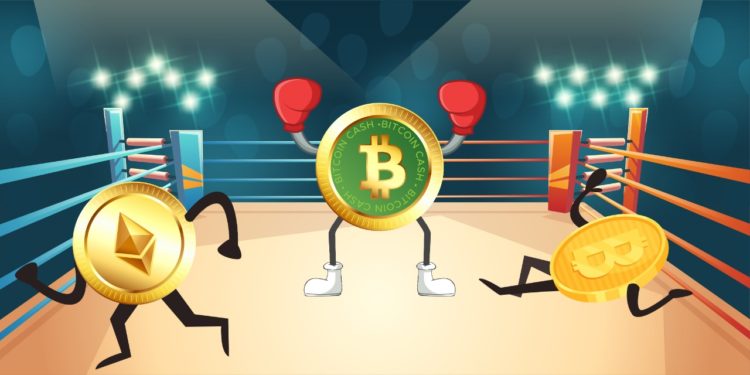 Bitcoin cash was introduced as a transactional asset for peer-to-peer functionality and with the idea of eliminating centralized institutions. The separation of BCH from BTC was done to solve the scalability issue of bitcoin. The bitcoin cash network has seen an enormous adaptation since its inception. It is designed so that if there are fewer miners present on the network, it adjusts its difficulty without compromising the block size.

The Battle of Transaction Fees

Bitcoin has remained one of the largest coin in terms of market capitalization in the crypto-verse. It has seen a gain of 2234% gain in price from the start of 2019. The average transaction price of BTC jumped from $0.216 to $26 in a span of mere two years, giving a rise of 12100%. Its contemporary Bitcoin cash went from $162 to $762 in an average span of two years, offering a return of 470%. In contrast, the average transaction fee of BCH went from $0.0174 to $0.0235, with only a minimal gain of 135% in the span of two years. The increase in the price of BTC can be seen as the extensive adoption of the coin, but the recent rise in the price of BCH has proven that it can go up to higher levels with a minimal increase in the transaction fee.

Investing in Undervaluation of Bitcoin Cash

The price of BTC has seen a gain of 2234% in the past two years; meanwhile, BCH price went only up by 470%. Bitcoin has a market dominance of 60%, and BCH dominates 1%. If this data is inculcated in the price change, the output comes to be a massive increase of 1200% in the price of BCH with relation to BTC. Bitcoin cash market dominance is increasing, and someday in the future, it can top the chart of market capitalization.

Looking at the faster transaction time and adaptability of bitcoin cash, it has the potential to reach $11,000 in the upcoming future. BCH can penetrate the broader market, which is restricted in bitcoin due to high transaction fees.

The future of a coin depends upon its scalability, functionality, and widespread adoption. Being A hard fork of bitcoin, the functionality of BCH is at par with its other competitors. The scalability is a function of the transaction speed. Bitcoin cash can process a transaction eight times faster than bitcoin, which gives it an edge for scalability. The adoption of the BCH sees a widespread rise with positive sentiment on social media.

As the BCH and BTC’s correlation coefficient is 0.88, it tells us that the price of Bitcoin cash can see a jump with overall scalability in the upcoming days while profiting the investors.

Bitcoin cash has adapted the QR Code and API method for the transaction. The inherent properties like faster payment and large scale adaptability make it the best contender for second place in market capitalization after Bitcoin.

Will Bitcoin Cash Emerges As The Market Dominator?

The short statement for the question is “yes, it can”. If we compare the functionality adaptation and transaction fee with its other peer, it is par from them. However, looking at the market dominance chart of Bitcoin and Ethereum, they are at the top of the chart. Bitcoin cash projects like tx highway, Badger wallet, or electron cash have lower significance in the market than the Ethereum projects. With the growing relevance and developing demand for a payment system that consists of minimal charges, Bitcoin Cash could be emerging as the market dominator.

The main objective of the crypto’s initial promoters was to develop a decentralized financial transaction system with minimal cost on transactions that BCH is efficiently doing. If we look at the flow chart of the BCH, we find that the transaction fee will still be pocket friendly in the upcoming period with the increase in people’s trust and scalability,

Future is crypto, and Bitcoin Cash has a considerable part to play in the crypto world.