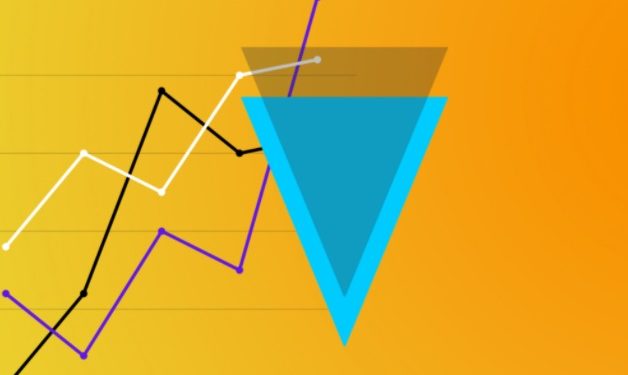 Verge price is hovering above the horizontal support levels. Diagonal support is approaching the price, so we may expect the coin to consolidate at current levels so that it may climb along with it when it reaches the support. However, the volume is a major issue for the coin as it has declined considerably, but selling volume still exceeds the buying volume; hence the trend is weaker, but there are no signs of reversals. The market cap and 24-volume of the coin are $277,917,222 and $13,659,114 respectively.

Right Image: Indicators for the XVG price are bearish as the price is beneath the 10-EMA, 20-EMA, 50-EMA, and 200-EMA; an indication of the possible bearish rally. The 10-EMA< 20-EMA and 50-EMA have already given a bearish crossover, whereas 20-EMA is approaching 200-EMA for another bearish crossover.

Bollinger Bands support free fall for the coin as the upper and lower bands fall at a high rate. The price is below the median – 10-EMA, which is bearish for coin unless the median has been crossed. The Bollinger Bands are at $0.0136(support) and $0.297(Upper Band). The median is at $0.021(another resistance).

RSI is at 42 and continuously falling, which means that the bear rally continues to sustain, but the support for the indicator is at 40, so if the RSI bounces back from here, the trend may reverse, but if breached, the coin is likely to tumble at a greater rate till RSI reached 20.

MACD(8,21,5) continues to have a sinking signal line and slow line and has entered into the negative territory. Hence, this is another indication that the coin is likely to decline further.

Verge price has reached crucial support of $0.15 where a Fibonacci level and pivot intersects. However, the indicator for the coin signals bearish momentum as the EMAs continue to make the bearish crossover, RSI is below 50, and MACD isn’t giving any signs of reversals.