MIOTA Coin Price Analysis: A ‘V’ Shaped Recovery Has Brought The IOTA Coin Back To The $0.9 Mark 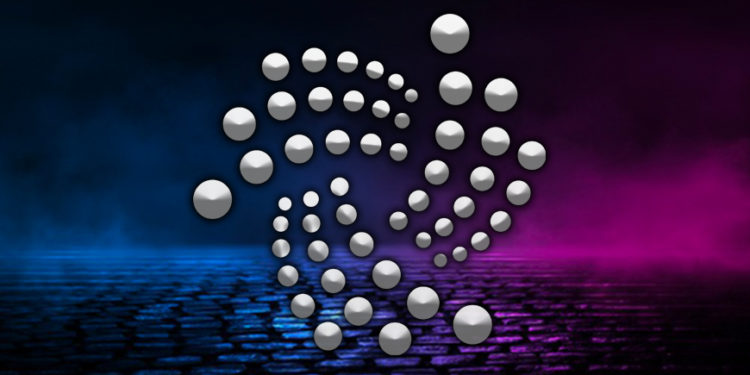 The IOTA coin price showed a remarkable 50% recovery after it bounced from the $0.57 support. Furthermore, by knocking several resistance levels, the price has reached back to its previous resistance level of $0.9. However, the chart shows some higher price rejection candles at this resistance, suggesting another rejection from this level.

As per the EMA, the IOTA coin is still in bearish sentiment as the price is trading below and the critical EMA’s of 50, 100, and 200. In addition, the chart also shows a bearish crossover of the 100 and 200 EMA, which could lure more sellers in the coin market.

The RSI (BULLISH) current value is 57, indicating a bullish sentiment in the coin. In addition, the RSI has also given a breakout from its resistance, showing the increasing strength of the bulls.

An ascending trendline supports the new rally that the IOTA coin has just started. Furthermore, this support trendline is highly reliable, as the price has tested it multiple times, providing great entry opportunities to IOTA traders to ride with this rally. Having said that, the traders can also plot the traditional pivot level in their chart as they show remarkable confluence, with the SR level providing an extra edge in their trading.

The MACD indicator (BULLISH) shows both the MACD and signal are moving higher than the neutral zone(0.00), confirming solid bullish momentum. In addition, the movement of these lines also supports a bull trend as the MACD line is taking support from the signal line when the price has minor pullbacks.

Conclusion: From the technical perspective, both the price action and indicators show a great bullish outlook for the IOTA coin. And as mentioned above, the price follows an ascending trendline that the traders can use for some long opportunities until it remains intact.