Is a Crypto Bull Market Possible in 2023? 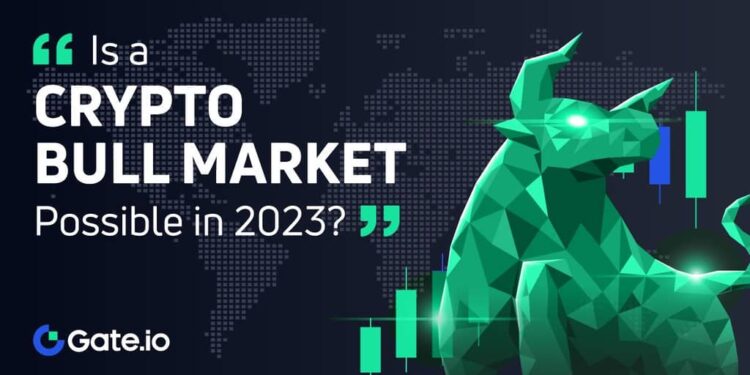 The crypto market of 2023 got off to a green start this year, with a slight uptick from the final weeks of 2022. The green candles in the new year came partly due to investor confidence boosted by expectations that the Federal Reserve may ease interest rate hikes. Expectations, however, could shift due to reports on employment rates and the cost of consumer goods.

Meanwhile, several voices on Wall Street expect global markets and economies to head downward and possibly into a recession this year. On the other hand, Goldman Sachs and JPMorgan Chase anticipate the opposite. Moreover, Deutsche Bank expects the stock market to fall through 2023 and bounce back by the end of the year. Whichever way it goes, digital asset markets still have an uphill climb to recovery from the ongoing bear market.

How Crypto Helps Ukraine. The Experience of Bayraktar and Javelin Fundraising by WhiteBIT and Serhiy Prytula Foundation

Regardless of what lies ahead, Gate.io Research, the market research arm of crypto exchange Gate.io, remains optimistic about the market’s future potential to recover and come back stronger. “Cryptocurrency has proven an ability to evolve and grow through downturns. In the past, each bear market precedes a bigger bull market where new developments and innovations stand out, and new adopters join the digital revolution.”

Previous crypto bear markets ranged from 260 to 415 days and averaged 359 days of a downward market. This range, along with Bitcoin halvings, is viewed as a rough indicator of when a renewed bull market is coming. The next Bitcoin halving is in 2024, and prior bull markets kicked off within 18 months after a Bitcoin halving.

The halving alone isn’t a perfect indicator. The bull market cannot be easily predicted. But, as researcher of  the Gate.io crypto exchange pointed out that the crypto market has been closely tied to the stock market through 2023 and is affected by similar global economic factors. A few factors that could turn the tide to look out for are a shift in economic policies and the crypto regulatory landscape becoming more defined and predictable.

With 2022 having been remarkably bearish for the cryptocurrency market leader, Bitcoin, many investors and analysts have flocked to social media to express their bullish expectations for Bitcoin in the coming year. Considering the age-old prophecy that when a market reaches its absolute bottom it can only rebound, many within the space are hypothesising that the current climate fulfils the former half of this statement and that recovery may be imminent in the coming year.

As alluded to previously, in accordance with general investor sentiment, there appears to be a resurgence in investor confidence, which can be exacerbated in the new year if technology is enhanced and legal qualms surrounding cryptocurrency are addressed. Furthermore, considering the industry at large has managed to weather the storm caused by the bear market, many are hopeful that liquidity and valuations will improve in the coming year as the market at large pushes against the adversity of the bear market.

On a more bearish short-term note, throughout 2022 investors witnessed Bitcoin’s valuation be directly correlated with the poor performance of the wider financial markets. This has historically proven to be the Achilles heel of crypto, some analysts have proposed that spikes in the Cboe Volatility Index (or VIX) correlated with Bitcoin selloffs. According to Arcane research, the aforementioned paired with the lingering market difficulties of the previous year could have detrimental repercussions on Bitcoin’s short-term price trajectory, particularly considering that the traditional financial markets are still in turmoil.

Similarly, Mobius Capital Partners co-founder, Mark Mobius, told Bloomberg that he expected Bitcoin to fall to around $10,000 per coin, despite his remark that ‘crypto is here to stay’. In light of the decimating FTX crash and rising interest rates, Mobius suggested that Bitcoin may hover around $17,000 for the time being, yet the $10,000 floor is possible providing investor sentiment remains wounded. Additionally, Matthew Sigel, the Head of Digital Assets Research at the investment firm, VanEck, is targeting a similar price for Bitcoin, having predicted that the asset will fall between $10,000 and $12,000 per coin in the first quarter of 2023. Citing the struggling miners as the reason for the decline, due to the ‘unprofitable’ state of the mining industry due to ‘higher electricity prices and lower Bitcoin prices’, Sigel proposed that many miners will ‘restructure or merge’.

However, Sigel’s prediction for Bitcoin’s price trajectory in the coming year bears a more positive undertone, with him stating that as inflation eases, energy prices stabilise, and the Ukraine crisis potentially winds down, Bitcoin prices may resurge to around $30,000 in the third and fourth quarter of 2023.

Despite the overarching bearish sentiment for Bitcoin going into 2023, the likes of Tim Draper have rejected the negativity, instead hypothesising that Bitcoin may break free from the bear market and soar to $250,000 in the coming year. In spite of industry failures and a neverending crypto winter, Draper stated that the ‘dam is about to break’ and that Bitcoin would reach this target in the final quarter of the year. However, in order for this to be attainable, Bitcoin would need to rally by 1,400%, which appears incongruous with its plunge of over 60% since the start of 2022. And as they predicted, the price of bitcoin was showing at $18,141.1 on the Gate.io exchange.

Yet, ultimately, it is crucial to note that due to the constant volatility and uncertain correlation between Bitcoin and other financial markets, it is inherently complex and impossible to predict Bitcoin’s valuation accurately.

Similar to Bitcoin, Ethereum has been subject to immense volatility this past year and has shed a substantial amount of its volume this past year. However, according to algorithmic data courtesy of Bitnation, analysts believe that this may be the end of the current bear market for Ethereum. Based on a collation of data such as the relative strength index (RSI), moving average convergence divergence (MACD), moving average (MA), average true range (ATR), and Bollinger bonds (BB), Bitnation has predicted that Ethereum will begin to regain its footing and move towards $2,000 in the first quarter of 2023, with the final quarter of the year pushing Ethereum over the $3,000 zone once again. While this is far from a full price recovery in comparison to last year, Bitnation’s hypothesis could signal that providing external factors minimally impacts Ethereum and that it could follow these trends and begin to recover at a sustainable rate.

On a similar bullish note, popular analyst, Guy of Coin Bureau, recently unveiled his predictions for Ethereum, stating that 2023 could be ‘a big year’ for Ethereum in light of the Shanghai upgrade. With the Shanghai upgrading allowing ETH to be unstaked, he stated that the unlocking of billions of dollars worth of ETH may encourage investors to begin staking their assets without the worry of losing their funds, thus incentivising them to partake in Ethereum’s staking systems. While Guy of Coin Bureau’s predictions is primarily focused on the resurgence of investor sentiment he also remarked that ‘I don’t think we’re going to see a five-figure ETH in 2023, but I think that’s entirely possible. We could, of course see, a flippening, but I’m not sure. I’m expecting very much kind of sideways price action for ETH over the course of the next year’.

Bear or bull, blockchain pushes on

Development and adoption take time, which the bear markets provide an abundance of. As the future holds bigger and better advancements in blockchain tech, regardless of market conditions, it may just be a matter of shifts in macroeconomics and global politics for confidence to be restored. This shift could begin to happen in 2023 or later; either way, time will tell. 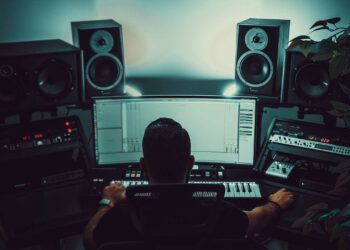 Although burgeoning technologies like cryptocurrencies, NFTs, and blockchain have all gained considerable traction over the last few years, perhaps none... 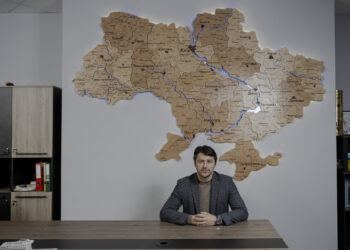 How Crypto Helps Ukraine. The Experience of Bayraktar and Javelin Fundraising by WhiteBIT and Serhiy Prytula Foundation

Since June 3, 2022, the WhiteBIT cryptocurrency exchange has been a partner of the Serhiy Prytula Charitable Foundation. The cooperation... 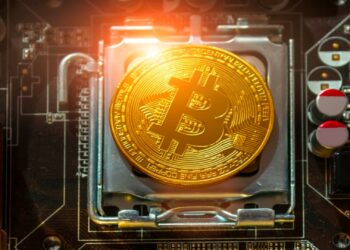 Five Tips to Know Before Investing in Cryptocurrency

Investing in cryptocurrency is very beneficial because there is a lot of potential that comes with it. When done correctly... 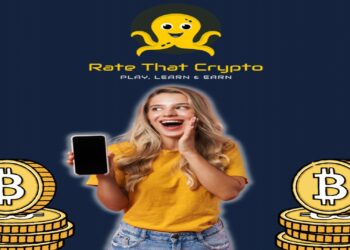 Best Crypto Presales to Invest in 2023: Rate That Crypto, Dash 2 Trade, and RobotEra

Investing in new digital assets can be challenging but lucrative, especially with the crypto world rapidly expanding. It is, therefore,... 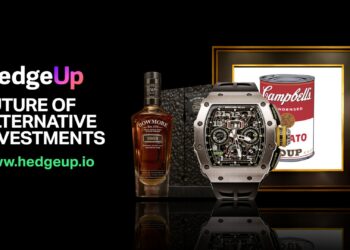 The past year has been filled with various cryptocurrency presales. These presales provide a viable way for investors to get...