Cryptoruble is the Future, Says Central Bank of Russia 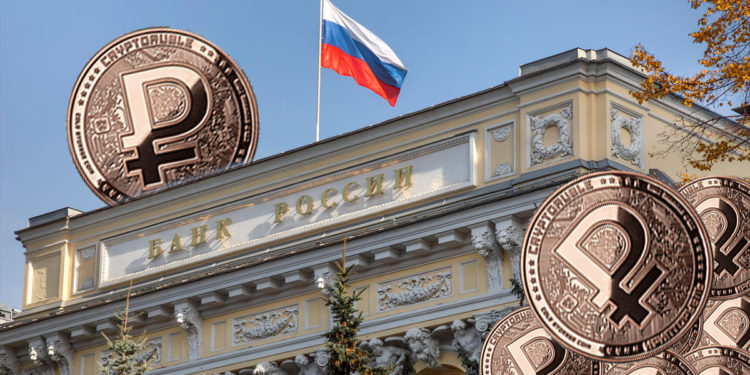 In the Blockchain Life Conference which was held on October 21, 2020, at Moscow, Anatoly Aksakov, the head of Russian parliament’s Financial Markets committee said Cryptoruble would be the future of all money circulation. He added that the Central Bank of Russia is already in a discussion of launching digital ruble and it is expected to get launched by 2021. However, Russian media say that it will be launched only in late 2021 in the recognised platforms.

It is reported that five banks have shown interest in considering Cryptoruble. The following are the banks, Crimea’s Russian National Commercial Bank, Mortgage Bank Dom.RF, Commercial Bank Zenit, the Credit Bank of Moscow and State-backed Promsvyazbank.

What are Government’s View?

The Central Bank of Russia cleared that Cryptoruble will play a role similar to cash and non- cash rubles. The three functions identical to other rubles include mode of payment, store of value and a measure of value. One Cryptoruble equals one cash ruble.

There are more than 6M active Russian digital asset users, reports Cambridge University. It was found that in recent years the total was doubled when compared to previous. The good news for the crypto users in Russia is that there are no anti-blockchain voices raised by their government and everyone waves a green flag with a positive approach.

Russia is all set to release the new regulations on January 1, 2021. The new regulation says that the crypto traders can trade the digital assets only within Russia. They are restricted to use cryptocurrencies for their payments on goods and services. It is said that many crypto investors have already started to invest in digital assets, and some investors are preparing to start their investments.

However, there is no doubt that the year 2021 will be a great expectation for crypto users in Russia since the government has shown a positive approach for blockchain technology and cryptocurrencies. Though some regulations are restricted to certain standards, they hope that it will be sorted out in future. They have also shown a great interest in the launch of Cryptoruble.