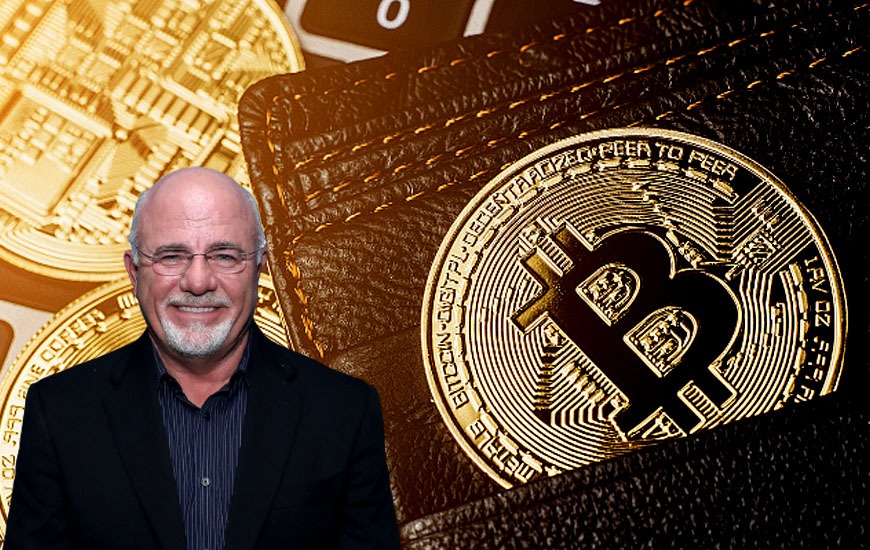 Financial expert and author Dave Ramsey advised Ray on the investment in Bitcoin. He was convinced that Bitcoin has had a good surge in 2020, but he still prefers the traditional investing model.

Dave Ramsey is a personal finance expert who does not believe much in bitcoin. Last week in his show The Dave Ramsey, he advised on bitcoin investments. He also acknowledged that the cryptocurrency had had a remarkable run last year. However, he still prefers to put his money into more proven and thoughtful investments.

Ramsey is a famous radio show host and best-selling author. He is also known as a self-proclaimed personal money management expert and calls himself America’s trusted voice on money. He has seven best-selling books to his credit. Together almost 11 million copies of his books have been sold.

Dave Ramsey not an avid follower of Bitcoin

During the show, Ray from Louisville, Kentucky has asked Dave for his advice on investing in Bitcoin. Finally, he started narrating his experience, saying that in 2019 his income tripled, and 2020 was a golden period as he clears off his motorcycle debt, credit cards bill. The last two items left to be waived off are the house and car loans. He was also informed to have purchased BTC, roughly a hundred thousand dollars.

He further informed that he would like to pay off his car loan, but to waive off the house loan, it seems less. He questions whether he needs to wait with this volatile asset or sell and move to a safer zone like something traditional. While during 2020, his investment jumped to 649%, and it might go even higher. Dave believes that Bitcoin is a volatile asset, and he is very nervous about keeping this volatile asset.

Ramsey proceeded to tell Ray what he would do if he were in the same position with a bitcoin account that has surged to $100K. He said he would have the cash it all out tomorrow. Ray tried to justify his bitcoin investment decision that he is afforded to take the risk as he is single and has planned for all other items.

To this, Ramsey said advised him that Ray can do with the bitcoin whatever he wants. But Ramsey would have sold the bitcoin in the first place and would not have stayed it. He would have utilized the money in some good things. He further explained that one could invest in gold, purchase commodities, buy bitcoin, or currencies. There are many volatile assets.

There are many options one can invest in, and one can also do day trading. There are options as there are many things one can do to make money and, most of the time, end up losing it- bitcoin is in that category. It is a high-risk play. He agrees that bitcoin was on a surge last year, but that does not mean it is an investment one needs to do.

Ramsey has been a bitcoin skeptic as he gave similar advice to another BTC investor in December last year. He turned his $1500 bitcoin investment into $120K.