Digital Yuan will be the Future, says Chandler Guo 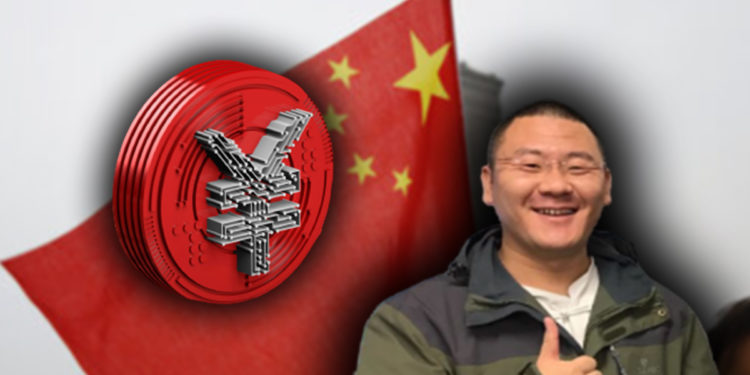 Chandler Guo, a cryptocurrency expert, believes that the majority of people around the world will start using Digital yuan, China’s digital currency. The Chinese crypto investors say that the government is planning to internationalise Digital Yuan. This is because they need to compete against Bitcoins and wish to secure the first place in digital currencies.

Back in 2014, Guo mined Bitcoins in a confidential place in China. He made this possible by establishing a partnership with local government officials and used the hydroelectric power station. It is said that he had mined about 30% of the world’s Bitcoin. That is the day where he started believing in the power of cryptocurrencies. He gave a powerful statement that Bitcoins would overtake the Dollar someday.

The Chinese government has created a new payment system called Digital Currency Electronic Payment (DCEP). Guo has shown his complete support for this system. He says that DCEP will be a successful payment system as there are about 39M Chinese living outside their country. With their support, they wish to make Yuan an international currency.

China is interested in having a nationwide launch of DCEP by the end of this year, but PBoC (People’s Bank of China) has not provided a particular date yet. They have even started testing the digital currencies in some cities. This will allow the users to link their e-wallet to bank accounts, thus enabling transactions. Similar to Bitcoin, DCEP also uses blockchain technology, which acts as a digitalised ledger.

Linghao Bao, a Beijing-based analyst, says that it’s really a difficult period for PBoC as they are in a high pressure to develop the Digital Yuan soon. They are not ready to allow Libra (Digital Currency of Facebook) to become the global currency. Many Chinese cryptocurrency observers say that their government strongly believes that if some countries help them in using Yuan, it would definitely overcome the United States’s monetary sovereignty.